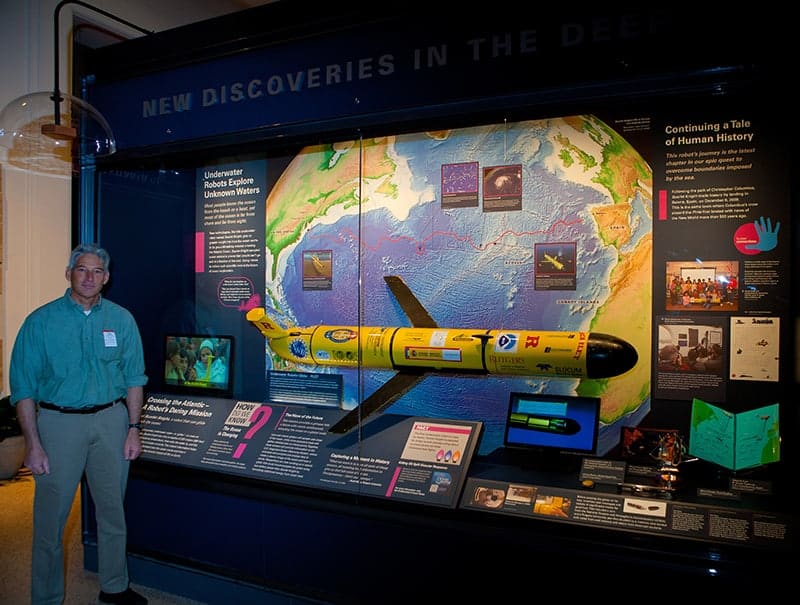 MTS member Hank Lobe is pleased to announce that the ClearSignal Antifouling coating was a major contributor the Rutgers University Glider, Scarlet Knight’s recent successful Atlantic crossing. Hank Lobe is the co-inventor of ClearSignal through Severn Marine Technologies, LLC (SMT) along with corporate partners Mid Mountain Materials, Inc. ClearSignal is a permanent passive non-stick antifouling coating that has been developed specifically for marine instruments and specialized platforms such as gliders. SMT worked with the Rutgers Institute of Marine and Coastal Sciences staff in the early stages of the Glider configuration and planning process to coat approximately 90% of the Scarlet Knight with ClearSignal. The performance of the coating was outstanding and as reported by Rutgers personnel, a key technology enabler for the crossing. Severn Marine Technologies and Mid Mountain Materials are proud to have contributed to Rutgers historic accomplishment with the Scarlet Knight. (As reported by Marine Technology Society, Currents, Vol 33, No. 1)